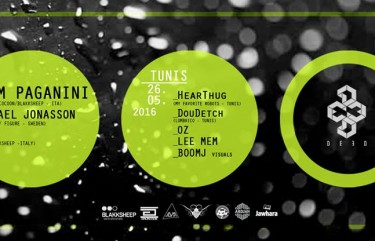 It finally moves in Tunisia, and the security question no longer seems to cause many problems for organizers . The events follow each other , and each puts the bar even higher for the next one. It’s in this spirit that a new concert tour ” DEED ” will be launched on May 26th. As one of the most anticipated events in Tunisia, with a long teaser campaign , DEED will bring a large caliber of artists.  The lineup is finally here! Lineup for the first edition : -Sam Paganini -Mikael Jonasson -ZØE -HearThuG -Doudetch -Oz -Lee Mem -Boomj (Visuals) Make sure you like DEED on Facebook 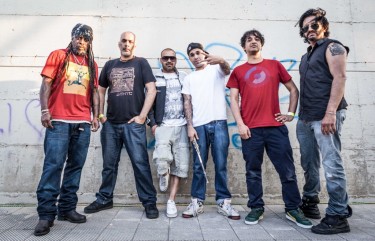 We are thrilled to welcome back Asian Dub Foundation to the stage at Charlton Park to open the festival on Thursday night. The band never fail to get the crowd going with their unique sound, offering a combination of hard jungle rhythms, dub bass lines, industrial, energetic punk rock guitars, sitar and haunting sounds sampled from traditional Indian music, supported by militant, fast and burning rap-ragga lyrics! Having racked up nearly 20 years of raging against oppression and injustice, the band are recognised as one of the best live acts in the world with their explosive and inventive sets. Those who come in early to the festival on a Thursday ticket are in for a real treat as the band are on stellar form due to the return of mastermind musicians such as bassist and founder DR DAS, the Jamaican singer Ghetto Priest, and with the new entry of flute/beatboxer Nathan Lee – a true phenomenon not to be missed. A sure-fire hit with the WOMAD crowd! Watch this space for more line-up announcements coming soon… – See more at: http://womad.co.uk/asian-dub-foundation-return-womad-headline-thursday-night/#sthash.KZWU5CN9.dpuf 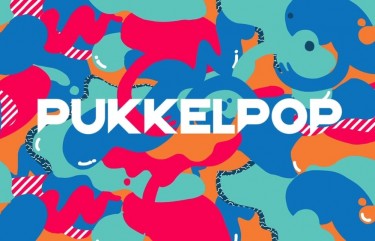 Last year DJ Snake authored two of the biggest dance tracks: his own ‘Turn Down for What’ and Major Lazer’s ‘Lean on’. 2015 was also the year that he shook the Boiler Room to its very foundations. This time he’s armed with a new album and determined to top last year’s performance. Here’s another string of new names that will light up the dance floor: DJ Craze, Dusky live, Hucci, The Jillionaire, Just Blaze, TroyBoi and Snakehips. Now here’s a blast from the past: American pop punk heroes Good Charlotte! And last but not least loads of fresh names including Catfish and the Bottlemen, Glass Animals, Josef Salvat, NAO, Ry X and Swindle. Following Oscar and the Wolf, Soulwax and The Subs we are proud to present yet another batch of homegrown talent: Amongster, Charlotte de Witte, Coely, Compact Disk Dummies, Tsar B, Warhaus, Warhola and Woodie Smallsare all joining us for Pukkelpop 2016. On the downside, Wakrat have been forced to cancel their upcoming European tour and that includes their appearance at Pukkelpop. Click here for the provisional line-up. TICKET SALES The official ticket sale goes through www.pukkelpop.be andwww.proximusgoformusic.be only. Half of the combi tickets are already gone. Please buy your tickets only through these two websites. Read more at https://www.pukkelpop.be 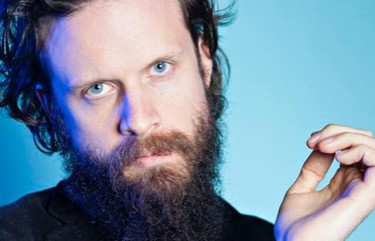 We’re very pleased to reveal the incredible Silver Hayes line-up for Glastonbury 2016. As always, the area’s bill features a host of big name dance DJs and acts, from the worlds of techno, electronic underground, grime, hip hop, global beats and much, much more. Artists appearing include Stormzy, KANO, Craig David’s TS5, DJ Premier, Netsky, Yoda, Oliver Heldens, Lee Stratch Perry, Protoje,Sidestepper, Eats Everything, Redlight, Idris Elba, Four Tet, Mura Masa, Annie Mac, Bicep, Bob Moses, Maribou State, My Nu Leng, Lady Leshurr and Levelz. Once again Silver Hayes will feature six stages: Sonic, Wow, Gully, The Blues, Pussy Parlure and BBC Introducing. Continually innovating, there will be a new entrance to the east of Silver Hayes inbetween the Sonic and Wow stages. Some of the venues will be in different positions with new themes but, as always, expect the best music sourced from the four points of the globe. Here is the 2016 Silver Hayes line-up poster. For more info, head over to their Area page, or follow them on Facebook, Twitter and Instagram. Source: http://www.glastonburyfestivals.co.uk/2016-silver-hayes-line-up-revealed/ 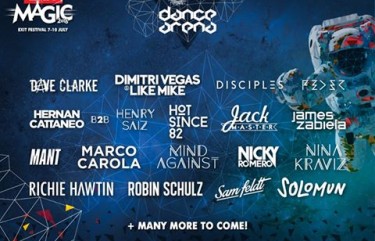 Richie Hawtin, one of the greatest artists of all time will perform at mts Dance Arena at Exit Festival on Sunday, 10 July. This will be the global premier of his completely new and revolutionary live performance. The techno pioneer and icon, responsible for the popularization of electronic music and the genre’s numerous technological innovations, has been collaborating with Exit’s production team since last October on all creative and technical details, which will soon be announced on a global level. The arrival to the world famous mts Dance Arena on 9 July has also been confirmed by the British DJ sensation Hot Since 82, while the lineup for Friday 8 July has been strengthened by the artist featured on Resident Advisor’s top five, the Scottish DJ and producer Jackmaster. The next generation of popular producers will be represented by London’s club duo MANT. Richie Hawtin is the key figure of modern electronic music, a true innovator and the one of the founders of the central techno label Minus, but also legendary Plus 8. In 2014, Hawtin resurrected his famous alter-ego Plasticman and released a new album – “EX”, which also became his first release since 2003. A true revolutionary, Hawtin is responsible for the popularization of techno music, as well as the development of tech tools used by contemporary leading DJ superstars, and has, together with the company “Allen & Heath”, recently created a new type of mixer which many believe will cause yet another revolution on the DJ scene. Headlining on of the biggest electronic stages – Daley Padley, better known as Hot Since 82, won the hearts of the underground club scene with his debut release for “Noir Music”, with Mixmag Magazine describing his progression in the house scene as “meteoric”. Jackmaster, an unbelievably talented Scottish house producer, took the global scene by storm, and positioned himself as one of the leading DJs on a truly competitive scene, surpassing on Resident Advisor’s top list some of the biggest stars of all time. The Scottish master, whose name is inspired by the “jacking” school of Chicago-style house sound, will bring to the mts Dance Arena a colorful set, containing everything from forgotten classics to the latest club hits. mts Dance Arena’s international lineup is almost completed, with some more surprises around the corner, for its greatest edition yet! From 7 to 10 July, The Fortress will feature some of the best DJ sets by world leaders of the electronic scene: Dave Clarke, Dimitri Vegas&Like Mike, Disciples, Feder, Hernan Cattaneo b2b Henry Saiz, Hot Since 82, Jackmaster, James Zabiela, MANT, Marco Carola, Mind Against, Nicky Romero, Nina Kraviz, Richie Hawtin, Robin Shulz, Sam Feldt and Solomun. Source: http://www.exitfest.org/en/news/all 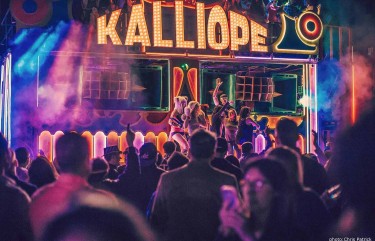 The bass is back! For the third year, The Walter Show’s Kalliope and Big Red are ready to bring you epic late nights, outrageous parades, pop-up dance parties and more. Since Skrillex’s surprise sunrise set in 2014, Kalliope, a 3-story DJ soundstage has become a legendary late night destination for fans and artists alike. Don’t miss its 70,000 watts of high fidelity audio, the magnetic glow of its lights, lasers and flames, and inevitable spontaneous DJ drop ins. “Little Brother” Big Red, an adorably oversized art car, serves as grand marshal for this colorful carnival, whether joining Kalliope for unparalleled levels of party or leading parades around The Farm all weekend long. Source : http://www.bonnaroo.com/Attack%20of%20the%20Art%20Cars 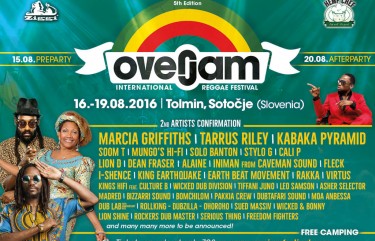 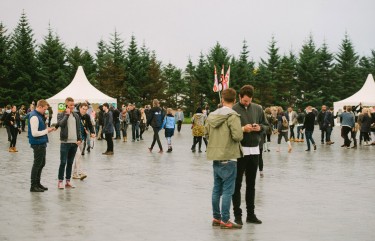 Reykjavik’s Secret Solstice Festival features everything from gourmet food to a concert in a volcano, and for a cool $1 million, you can do it all. So what exactly does a $1 million music festival ticket get you? In the case of Reykjavik’s Secret Solstice Festival, your adventure begins with a private jet for you and five of your friends from any destination on Earth. Once in Iceland, your personal driver takes you to a six-room villa that you and your friends will call home for the next seven days. Included in the accommodations: a 24/7 personal assistant, a personal chef to cook up an Icelandic feast, and a private concert just for you. At the festival, your ticket (hand engraved on Icelandic lava rock, naturally) will give you access to several VIP experiences. You’ll get to watch bands like Radiohead and Of Monsters and Men from a private viewing area on the side of the stage, have the chance to run into Thom Yorke at the artists-only bar, gorge yourself on premium food and drink, and even have access to those enticing off-limits areas of the festival site (with a chaperone, but still!). And if you’d like to meet any of the artists playing the festival, all you have to do is ask. The price will also get you tickets to two of the most exclusive shows in the world—the world’s first concert inside a volcano and Inside the Glacier, a sold-out party buried under Langjökull glacier. The golden ticket will also let you explore Iceland from air, ground, and sea. There’s a Secret Solstice 2016’s Midnight Sun Boat Party, private helicopter, and airplane tours of Iceland’s natural wonders, a private concert in a lava field, a glacier walk, a snowmobile ride, a private whale and dolphin watching tour, and anything else your heart desires, but can you actually think of anything else? Oh, right. No trip to Iceland is complete without a dip in a geothermal pool. Ticketholders will also get the world famous Blue Lagoon to themselves for a night of skinny-dipping in the rejuvenating waters. This isn’t the first time that the Secret Solstice Festival has vied for the title of most expensive festival ticket on Earth. In 2015 they offered a $200,000 festival ticket for two people. It’s hard to imagine how they will top this next year. Secret Solstice Festival runs from June 16 to June 19 in Reykjavik. Source : http://www.travelandleisure.com/attractions/festivals/most-expensive-music-festival-ticket?xid=NL_JustIn041716MostExpensiveMusicFestival