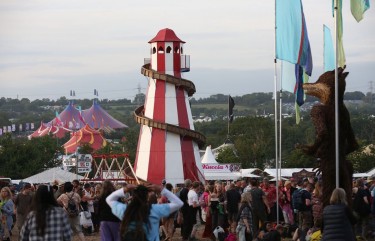 The Field of Avalon aims to provide folk and roots music with an arts focus, a festival within a festival – stages, a pub, a great range of delicious food outlets, fairground attractions, and a plethora of stalls selling books, vintage clothes, and circus paraphernalia. Click here to visit their Area page – and check out their fantastic 2016 line-up below! Read more at http://www.glastonburyfestivals.co.uk/the-field-of-avalon-reveals-its-2016-line-up/ 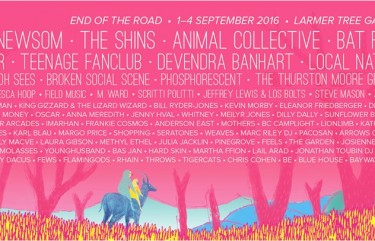 The Shins will play their first UK show in over four years and their only UK festival in 2016 at this year’s End Of The Road. This will also be their first ever appearance at the festival. With a new album potentially in the pipeline, we are delighted to welcome James Mercer and his band of merry melancholy men to Larmer Tree Gardens for the first time. They will open the festival with a special Thursday night Woods Stage headline performance. Further additions to the line up include Faris Badwan and Rachel Zeffira’s orchestral pop side project Cat’s Eyes, whose anticipated new album is due next month. More new talent has also been added in the shape of Virginia based singer-songwriter Lucy Dacus whose debut album No Burden is already one of the year’s most acclaimed, as well as some-time Angel Olsen backing band members LionLimb with their baroque pop ballads. We are also delighted to announce the winners of the Play End Of The Road competition. First up,  London based purveyors of drone-pop The Leaf Library, who describe themselves wonderfully as “Yo La Talk Talk”. The second lucky newcomers are the dreamy psych poppers Baywaves, whose forthcoming album was produced by Joe Walker of fellow EOTR 2016 performers King Gizzard & The Lizard Wizard. Line Up Additions to End Of The Road Festival 2016: The Shins Cat’s Eyes BC Camplight The Blind Shake Lucy Dacus Futur Primitif Feels Julia Jacklin LionLimb Pinegrove FEWS Baywaves The Leaf Library Read more at http://endoftheroadfestival.com/latest-news/