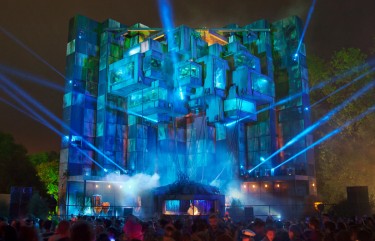 Block9, creators of their very own, legendary late-night wonderland at Glastonbury Festival, have upped the ante once again in 2016. A 24-hour wonderland of heavyweight sound systems, underground nightclubs, huge artworks and extremely alternative performance, Block9 is the go-to field for those in the know with three separate and jaw-dropping parties: Genosys, NYC Downlow and London Underground. This year, Block9 is a mecca for underground music lovers from across the spectrum. What’s in store? A BRAND NEW NYC DOWNLOW, a special tribute to PRINCE by HOT CHIP, an epic, two hour set by New York legend ROGER SANCHEZ, and performances from Chicago’s THE BLACK MADONNA, ANDY BUTLER (HERCULES & LOVE AFFAIR) and Berlin’s Panorama Bar resident ND_BAUMECKER. For more info, head to the Block9 Area page. Source http://www.glastonburyfestivals.co.uk/block9s-glastonbury-2016-line-up-is-revealed/ 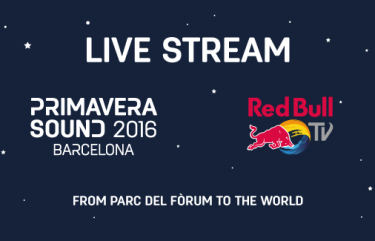 For the first time at a European festival, the artistic quality of Primavera Sound and the technical expertise of Red Bull TV join forces to offer the live stream of the sixteenth edition of the Barcelona event with a direct transmission that will run fromThursday 2nd June to Saturday 4th June. Four stages, three days of broadcast, more than eight hours of music per day with a team of around a hundred professionals that will bring the experience of the festival to all those who want to enjoy it online from any corner of the planet. This ambitious project goes way beyond the high definition streaming of the main concerts, as the virtual experience will also include exclusive interviews on the Red Bull TV set located on the site itself in the Parc del Fòrum, intimate acoustic shows, 360º videos and other contents that will provide an insider view of the event and will reveal what happens backstage. The famous British presenter Will Best will be responsible for this special live stream accompanied by the popular Johann Wald as the on-site reporter. In order to cover all the time zones, the multi channel will transmit until the start of the next day; and also, part of the material will be available subsequently as free “à la carte” video content once the festival is over. The schedules of the live stream and other details will be available soon. This live stream, that will inaugurate the festival season for Red Bull TV, can be followed through Primavera Sound’s web pageand its official application, as well as on the different Red Bull TV platforms: web, app and its channels on Apple TV, Samsung TV, Amazon Fire TV, Kindle Fire, Nexus Player, Roku Players and Xbox 360. Source: http://www.primaverasound.es/